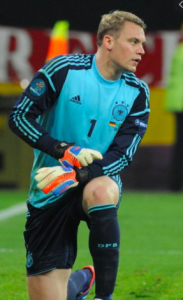 The mistakes of goalkeepers are memorable: Rafinha accidentally passing the ball to Marco Asensio, giving him a clear path to goal; Sven Ulreich slipping and missing the ball, allowing Karim Benzema to easily score in the return fixture; Thibaut Courtois getting nutmegged by Lionel Messi, twice in the same game; Franco Armani parrying Ramon Abila’s shot and letting in the rebound in the Copa Libertadores Final; David de Gea spilling Ronaldo’s low shot in the classic Spain vs. Portugal tie; Fernando Muslera miscalculating Antoine Griezmann’s long-range strike; Aziz Bouhaddouz’s tragic diving header into his own net; Mario Mandzukic opening the score in the World Cup Final with his own header into the Croatian net and Hugo Lloris comically passing the ball straight to Mandzukic later on in that same match. And of course, the most famous of them all, Loris Karius’ infamous performance in the Champions League Final.

Throughout 2018, the biggest tournaments and competitions in world football were marred by a myriad of own goals, goalkeeper mistakes and defensive errors. But why is that? Obviously, mistakes happen; it’s part of the game, an unfortunate yet inevitable part of any sport, not just football. But 2018 took it to a whole other level. The frequencies of these mistakes were like no other year that I have seen. Not to mention that they occurred on the biggest stages in football, where the best football in the world is played.

To put it into perspective, the World Cup Final, Champions League Final and the Copa Libertadores Final all saw at least one goal as a direct result of a goalkeeping error. The 2018 World Cup Final in particular also saw the very first time an own goal was scored in the prestigious fixture. While Harry Kane went home with the Golden Boot for scoring the most goals at the 2018 World Cup, the real top-scorer was “Own-Goal” with 12 own goals scored at the World Cup, which is double Harry Kane’s tally of six. Compare that to the 2014 World Cup, where only five own goals were scored, and the 2010 World Cup, where only two were scored.

Prior to the 1998 World Cup, only 15 own goals were recorded in the entire World Cup history dating back to the first edition in 1930 (though this can partly be credited to FIFA clearing up the rules surrounding what counts as an own goal in 1997). This trend wasn’t unique to international football either. For example, in the 2017-18 Champions League season, FC Barcelona’s top scorer was Lionel Messi with six goals, but coming in close second was “Own-Goal” with five. However, in the season before in 2016-17, Barcelona only scored one own goal in the same amount of games in the Champions League, and three total the entire season in all competitions.

So what is the reason for all these blunders? That is a very complex question. In terms of own goals, it could have something to do with the way own goals are credited. In the era of VAR, higher quality cameras and more in-depth officiating, it’s possible that more own goals aren’t occurring, but rather more goals are just being counted as own goals. Only several years ago, goals scored due to a defection still went to the offensive player’s name, but nowadays, any slight diversion to the trajectory of the ball will see it go down as an own goal.

However, the 2017-18 Champions League did not have VAR, nor does VAR really accredit goals as own goals or not. It is ultimately down to the referee of the particular match and what he sees fit, yet there isn’t a specific reason why the referees would suddenly start calling own goals left and right. It will be very interesting to see if this upward trend continues when the 2022 World Cup comes around, or if the 2018 World Cup was just an outlier.

For both own goals and defensive errors, one could say that many teams, especially in the World Cup, emphasized set-pieces. VAR (first introduced in the 2018 World Cup) could also play into effect, as more fouls would be recognized and called, leading to more set-piece opportunities. Overall, set-pieces are more susceptible to lead to defensive or goalkeeper errors, by virtue of the simple nature of corners and free-kicks. When the ball in being pinged around at a high speed right in front of the goal, surrounded by more players than usual in open-play, mistakes are bound to happen. While one could argue that set-pieces may have been emphasized in 2018, set-piece goals have been a staple of football for decades now. Not to mention that most of the defensive mistakes and own goals in the big moments of 2018 did not occur during set-pieces.

For defensive errors and goalkeeper mistakes, one may argue that football playing styles moved towards being possession-based, requiring goalkeepers to play out the back more and sometimes even act as an extra defender. This definitely leaves goalkeepers in a position where they are more inclined to make a mistake, especially since the “sweeper-keeper” is a role that only a few of the top goalkeepers can fulfill. However, not all teams play like Barcelona, Manchester City and Spain. If anything, some would argue that most teams abandoned the Tiki-Taka-inspired style around 2013 or 2014 after Spain’s capitulation and Barcelona’s rejuvenation. And while a sweeper-keeper is no doubt an increasingly popular trend, not all the goalkeeper errors were due to the keeper playing out the back.

2014 was a great year for goalkeepers. Just look at Tim Howard breaking the record for most saves in a World Cup match when USA played Belgium; Guillermo Ochoa inspiring all of Mexico with his saves seemingly game after game; Rais M’Bolhi of Algeria holding off Germany; Keylor Navas earning a transfer to Real Madrid after his heroics for Costa Rica and Sergio Romero stepping up big for Argentina when most thought he wouldn’t. Then, of course, Manuel Neuer, who not only played an integral part in winning the World Cup for Germany but also finished third in the Balon D’Or rankings. Neuer was only several percentage points behind Lionel Messi, marking one of the few times in football history when a goalkeeper ranked in the top three of the Balon D’Or.

Compare that to the 2018 World Cup, where the only standout keepers, besides Golden Glove Winner Thibaut Courtois, were the lesser-known Kasper Schmeichel of Denmark and Alireza Beiranvand of Iran. Even Courtois, who had a doubtlessly great tournament, still does not eclipse the performances of many of the goalkeepers from the past World Cup. The only reason behind this dip in form is a coincidence. 2014 just happened to have a larger abundance of great goalies who played out of their skin, whereas 2018 had fewer great keepers and many good ones with bad or subpar performances.

Overall, coincidence may be the only answer to this overarching question of why there were so many own goals, goalkeeper mistakes and defensive errors in 2018. 2018 just happened to be a freak year, filled with comical and/or tragic mistakes by goalkeepers letting in shots or spilling balls, players booting the ball into their own net and sometimes even giving the ball to the opposing team. It happens.