A city, a dream and a football game: Eagles champs at last

It was a night that felt like forever in the making.

On Feb. 4, 2018, the Philadelphia Eagles squared off against the New England Patriots in a football game that won’t soon be forgotten this side of the Schuylkill. The Patriots traveled to Minneapolis with five Super Bowl wins behind them, one against the Birds from 2005. The Eagles, on the other hand, had no such victories. Tom Brady, the franchise quarterback for the Patriots, had all five of the Pats’ Super Bowl rings waiting at home when he jogged onto the championship field. Philly’s second-year dream machine and starting quarterback, Carson Wentz, stood faithfully on the sidelines with a shredded ACL. Underdogs?

So when Super Bowl MVP quarterback Nick Foles, head coach Doug Pederson and a scrappy gang in green drove the team to a resounding 41-33 victory, the people of Philadelphia did what birds do — they flocked.

In an adrenaline-laced trance for which there was no precedent, fans of all backgrounds donned their jerseys and flew to city hall. Poles greased with hydraulic fluid were no match for the exhilarated fans. Fireworks blasted overhead. The Eagles’ fight song was belted out in solidarity until no one in the tri-state area had any confusion as to who was taking home the coveted Lombardi Trophy.

From sidewalk to sidewalk, the crowd packed itself in until breathing was a luxury. Large concrete planters were overturned under waves of paper-shred confetti. The question “how many Eagles fans does it take to collapse the Ritz-Carlton awning” was soundly answered. Every building equipped with the appropriate LEDs switched them on in full force, bathing the streets and the fans who claimed them in a haze of green.

It was raucous and unruly. It was graceless, visceral and unadulterated. After five decades of disappointment, heartbreak and unyielding grit, it was everything this city had hoped it could be.

“For so many who have called themselves Eagles fans for a generation, this is the day, the game, the season, and the team we’ve dreamed of,” Philadelphia mayor, Jim Kenney tweeted shortly after the monumental matchup drew to a close Feb. 4. One of his tweets the following day indicated that fans had rushed to Broad Street that night in the tens of thousands.

Drexel University president, John A. Fry also shared his congratulations for the birds in a video Feb. 5.

“Thanks to Jeff Lurie, a long-time friend of Drexel. And thanks and congratulations to the rest of the Eagles team for making this city so proud,” Fry said.

Fry also announced in a university-wide email Feb. 6 that all classes at the University City and Center City campuses were to be cancelled Feb. 8 in light of the victory parade.

The parade, which started at Broad Street and Pattison Avenue and ended at the art museum, also saw an impressive turnout, hundreds of thousands of people in attendance.

As they have shown time and again, the citizens of Philadelphia will always cherish the title of America’s underdog — but as they discovered this week, “World Champions” also has a pretty nice ring to it. 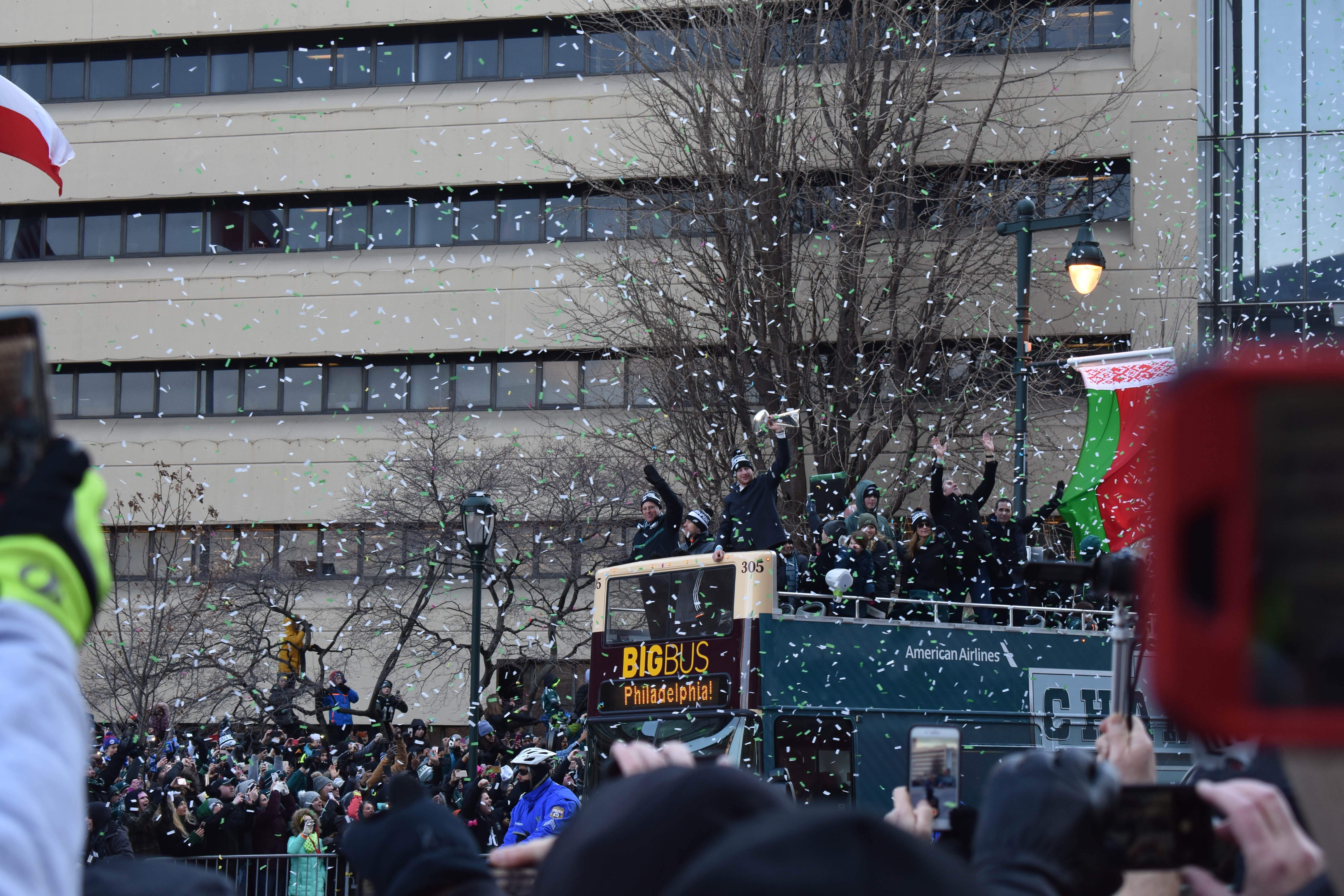