A cinematic guide to Drexel buildings | The Triangle

A cinematic guide to Drexel buildings 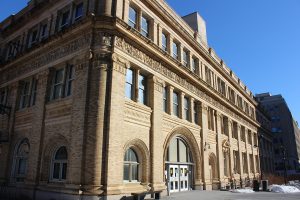 (Photographer Isabella Mancini for the Triangle)

Many freshmen have recently come to campus, but with the current restrictions, they might not have gotten a good sense of the buildings around campus. I decided to give freshmen a quick guide to some buildings on campus the best way I know how: comparing each one to a movie.

Main Building — The Original Star Wars Trilogy. A classic that is just as cool every time that you re-visit it. But some of the things that have been added to it in more recent years lack the spirit and charm of the OG, and people debate what parts of it count as officially being part of the Main Building.

Papadakis Integrated Sciences Building — “Avatar” (the James Cameron one with the blue people). It looks really cool and modern, has vertical plants, and isn’t shy about its passion for the environment.

URBN Annex — “Blade Runner.” It has a cool open visual style that sort of blends retro and futuristic. It’s fun to walk around, but ends up making your head spin, and is ultimately something that pretty much just artsy people are into. 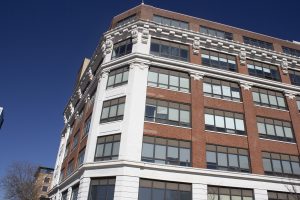 (Photographer Mollie Hamaday for the Triangle)

Academic Building — “It.” A name that could be given to just about anything and tells you absolutely nothing about what you’re in for. Also, the elevators are as scary as Pennywise the clown.

Daskalakis Athletic Center (aka the gym) — “300.” Featuring abs that can inspire you to work out more and/or make you feel out of shape.

Haggerty Library — “Arrival.” Quiet, erudite and all about written language.

Saxbys — The Marvel Cinematic Universe. It’s above average and a good crowd pleaser best enjoyed in the company of friends, but some people are low-key addicted to it and act like it’s way better than it is.

University Crossings — “Blazing Saddles.” The people in it think it’s just where they live, but when they get to the bottom of it, they realize people have been using the space to make movies right under their noses the whole time.

Korman Center — “Booksmart.” One part tutoring, one part hanging out with friends, one part putting in work. 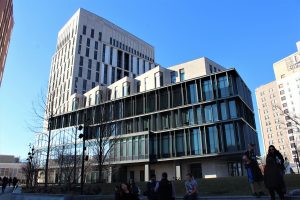 (Photographer Isabella Mancini for the Triangle)

Lebow Engineering — “Interstellar.” Looks futuristic and is mad confusing to get around and easy to get lost in.

Northside Dining Terrace — “Scott Pilgrim vs. The World.” For some reason, a lot of people our age love it and keep going back to it all the time, but aren’t sure whether it’s healthy or not.

Disque — “Titanic.” Its eerie vibe rings of April 1912 and it creaks in a way that makes it feel like it’s sinking.

The Armory — “Miracle.” Wants to act like it exists because we have to have the most weapons, but after a while admits that it’s really all about sports.

Steinbright Career Development Center — “Good Will Hunting.” Requires you to think about your future, but in a way that can be therapeutic.