Smashable First Lady of the Week: Barbara Bush | The Triangle 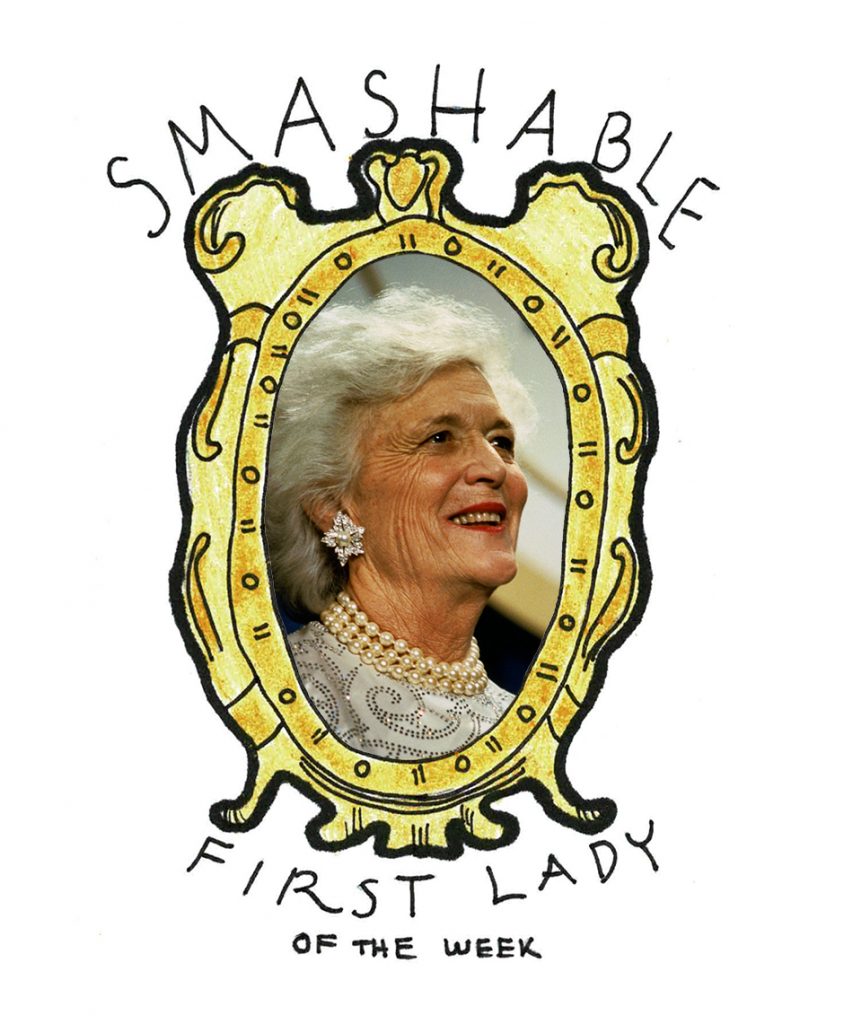 With a woman as sweet as Barbara, it’s hard to find any faults. This blue-blooded girly remained a loving wife and mother to George Herbert and their six children until nearly the end of her life, when she got a bit snippy and just darn-right tired of George’s antics. Seventy-three years of watching him toss horseshoes will do that to anyone. Though she passed in 2018, her appearances on The Simpsons, a show she once called “the dumbest thing [she] had ever seen,” live on forever.