Everything We’ve Learned From Week Four of The Last Dance 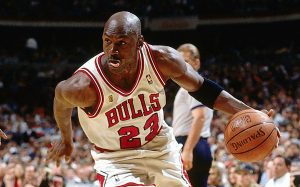 Throughout ESPN’s fantastic documentary about Michael Jordan and the Chicago Bulls 1998 run to the title, Scottie Pippen has been seen as the fantastic player he was. In his interviews, we see Pippen describe tricky contract situations, college choices and more. Pippen looked like one of the biggest winners in The Last Dance. This changed Sunday night.

After Jordan retired in 1993 to play baseball, many looked to Pippen to take over Jordan’s role. In the 1993-94 NBA Playoffs, the Bulls found themselves trailing the New York Knicks two games to none. The Bulls were down by just one and had a shot to win the game. Bulls Head Coach Phil Jackson calls a timeout and draws up a play for Toni Kukoc to take the game-winning shot. Pippen was not happy. He thought he should get the last shot, not Kukoc. Pippen refused to play. The Bulls played the last play of the game, the most important possession of their season, without their best player. It was not a good moment for Pippen. Despite winning the game on the scoreboard, the Bulls really lost. The Bulls would lose the series. When asked about what happened, Pippen said he wouldn’t change a thing.

When he retired in 1993, Jordan later decided to play baseball. He tried out and made the Chicago White Sox AA Team, the Birmingham Barons. Really, he should have been at a lower level, but those teams didn’t have the facilities to suit the medium storm that came with Jordan. He started his baseball career with a 13-game hit streak. He had over 50 RBIs. While he had some struggles, everyone around him said that someday MJ would have made the Major Leagues. But in 1994-95, the MLB went on strike and the season was ultimately canceled. That was it for Michael. He visited the Bulls a couple of times and rumors started swirling about his return. Those rumors proved true, and 21 months after retiring, Jordan announced his return in a way only he could do. Two words changed the league forever: “I’m back.”

At the end of episode 7, we see the softer side of Jordan. If you haven’t seen the clip, it’s about two minutes long and you need to stop reading and go watch it.

Great, now that you’ve seen it, you can see just how emotional Jordan got. We only saw these emotions from home a handful of times, mostly after his father was murdered. Jordan describes how everything he did was to win, and even though it might have come at the cost of how his teammates perceived him at the time, you can’t argue with the results. After this conversation ended, Jordan asked for a break from the interview, and before he got an answer, the GOAT stood up and walked away. You could tell this question affected Jordan on a deeper level. For a man known for his relentless pursuit of excellence, Jordan has a soft side that we rarely get to see. He never truly answers the question which effectively is an answer in and of itself.

Jordan demanded perfection from himself and all those around him. He found anything that could motivate him. The Last Dance highlights LaBradford Smith, a Washington Bullets Guard who had his career moment one night against the Bulls. Smith could not miss. It was just one of those nights that every basketball player dreams of. He scored over everyone, Jordan included. He finished with 37 points on the night.

Lucky enough for him, they played the Bulls the next night. Even though the Bulls won the night before in Smith’s best game ever, Jordan vowed revenge. After the game, Smith told Jordan, “Nice game, Mike.” That was it. Jordan said he would score what Smith did in the whole game, in the first half. Jordan nearly did it. He scored 36 points in the first half, just one short of Smith’s 37. When The Last Dance directors asked Jordan about that, Jordan said that Smith didn’t say a word to him. Jordan would do anything to find that inkling of motivation. The intensity most only brought by others in the playoffs, Jordan brought nearly every game of his career. This is one of many things that set him apart.

In July 1993, James Jordan was driving home from a funeral. When he was too tired to continue driving, Jordan pulled over to take a nap. That is when two men approached the car and shot James Jordan. His body was found a month later, decomposed in a swamp. Though Jordan was thinking about retirement dating back to summer 1992, this is what many believe pushed him over the edge. On October 6, 1993, Jordan retired. James Jordan was a special man. Michael idolized his father and losing him changed his life.