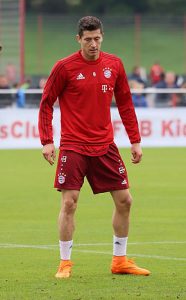 Der Klassiker: the Bundesliga’s version of “el Clasico” Bayern Munich vs Borussia Dortmund is the biggest game in Germany. Historically, these two are the biggest and most successful teams in the country, which has led to this fierce rivalry. However, this year will be a little different. This game is to be played behind closed doors, meaning that Dortmund’s famous Yellow Wall will be unfortunately absent along with all the fans. Not only that, but with Bundesliga being the only major league that has yet to resume play, this match will no doubt be the most important football match in the world at the moment.

Ever since play resumed in Germany, both teams have been in flying form, going undefeated. Borussia Dortmund started by ironically tearing apart a shambolic Schalke 04 side, 4-0, before professionally dispatching Wolfsburg 2-0. Bayern Munich, on the other hand, began with an efficient 2-0 win over Union Berlin, and then went on to steamroll Eintracht Frankfurt 5-2.

For both teams, the season has been mostly the same since the restart: Robert Lewandowski, Thomas Muller and Alphonso Davies have been in flying form for Bayern, just as Erling Braut Haland, Jadon Sancho and Raphael Guerreiro for Borussia Dortmund. Bayern are top of the table with a four-point lead over second place Dortmund. A win for Bayern would extend their lead at the top to almost uncatchable heights, whereas a win for Dortmund would shorten the lead to an uncomfortable one-point gap.

However, recent head-to-head form has exceedingly gone the way of Bayern. Although Dortmund were able to get the better of Bayern in the 2019 Supercup, Bayern have won seven of the last 10 meetings between the two clubs in the Bundesliga, outscoring Dortmund 30-6. This also includes a 4-0 drubbing in the first matchup this season, as well as an even worse 5-0 scoreline last April.

Over the past few years, Borussia Dortmund has always been a good team, yet never good enough to top Bayern. In my opinion, not much has changed this season, which is why I predict Bayern to come out winners. Long gone are the days of Jurgen Klopp’s Borussia Dortmund teams who won back-to-back Bundesliga titles in 2011 and 2012. Yes, one may point out that Dortmund is at home and they beat Bayern at the Signal Iduna Park last season; however, in the era of games behind closed doors, having no fans renders the home advantage relatively useless.

Bayern haven’t had the most perfect season from start to finish, but they have certainly clicked into form under new manager Hansi Flick. While Borussia Dortmund have played some wonderful football this year, there always seems to be a mental block in their minds every time they face strong opposition. Lucien Favre and his men simply do not have the mental fortitude it takes to topple a truly elite team like Bayern Munich. Case in point: last April. Dortmund were top of the table with a two-point lead over Bayern, and all they needed to do was at least draw in order to get within touching distance of the title, yet they cracked under pressure and were absolutely mauled 5-0.

While I do not predict Dortmund to collapse in such epic proportions this Tuesday, Bayern are simply too strong going forward for Dortmund to get a foothold in this game. It is worth noting that Bayern do have some very exploitable weaknesses at the back, particularly in set-pieces. That is why I see Bayern winning this 4-2. Lewandowski and Gnabry will bag a few, whereas Dortmund will sneak a goal or two from a Bayern defensive mistake off a set-piece.

While I did predict the correct outcome of the match as Bayern Munich did in fact win, the way the match played out was quite different than what I had expected. Despite being strong offensively as of late, both teams were somewhat flat going forward. Conversely, both sides have been known to struggle defensively, yet today, the two teams had almost impenetrable defenses.

Robert Lewandowski and Erling Braut Haland were relatively quiet in front of goal, but at the same time, David Alaba and Lukasz Piszczek were brick walls at the back. However, the man of the match award must go to Joshua Kimmich, whose winning goal — an intelligent yet audacious chip from outside the box — proved to be the match-winner. Kimmich also was an extremely effective mover of the ball in midfield, completing 88 percent of his passes and doing his work defensively as well.

When the referee blew his whistle and the match kicked off, Dortmund came out swinging, with Haland having a shot cleared off the line in the first minute. Bayern survived Dortmund’s pressure and countered it, having their own effort cleared off the line soon after. Both sides competed for complete control of the match, with neither club able to fully dominate. Of the two, Borussia Dortmund arguably played the better football in the first half. But Bayern were more clinical. In the 43rd minute, after a quick exchange of passes in front of the Dortmund goal, Kimmich noticed the goalkeeper, Roman Burki, was slightly off his line and lobbed the ball over Burki’s head all the way from outside the box. While Burki did get a hand to the ball and probably should’ve kept it out, we should take nothing away from Kimmich’s chip, as it was a wonderful strike.

Bayern started the second half 1-0 up, and it really began to show as they dominated the majority of the ensuing half, continuing to pressure Dortmund. However, for all the possession, they weren’t able to create many clear-cut chances. Towards the end of the match, Dortmund reenergized themselves after a few substitutions as they pushed for an equalizer, and Haland had a shot deflected wide along with Mahmoud Dahoud having a longshot saved by Manuel Neuer. It was still too little too late, and right at the dying embers of the match, Lewandowski almost made the score 2-0 to Bayern after his curling effort smacked off the post.

In the end, Dortmund came closer than I thought, yet their poor run of form against strong teams continues. Whether it be too many young and inexperienced players in the squad or not enough veterans, Dortmund under Lucien Favre seem to have a mental block against any clubs slightly bigger than them. We saw it earlier this year against Barcelona and PSG in the Champions League, as well as last year against Tottenham Hotspur, and now the same against Bayern Munich — all matches that Dortmund could have, and in many cases should have won.

Hansi Flick’s Bayern, on the other hand, proved to the world that they are the best team in Germany and possibly even the best team in Europe at the moment. With a seven-point lead at the top of the Bundesliga table, the league is almost guaranteed to be theirs for an eighth consecutive time. While it has been recognized that Bayern had some defensive weaknesses this season, it appears that they have fixed this issue, making the team more well-rounded than it already had been. Whenever the Champions League resumes, Chelsea should be very wary when coming to Munich, as should everyone else in the competition. The boys from Bavaria are serious contenders this season.