A single speed bump is not enough | The Triangle

A single speed bump is not enough 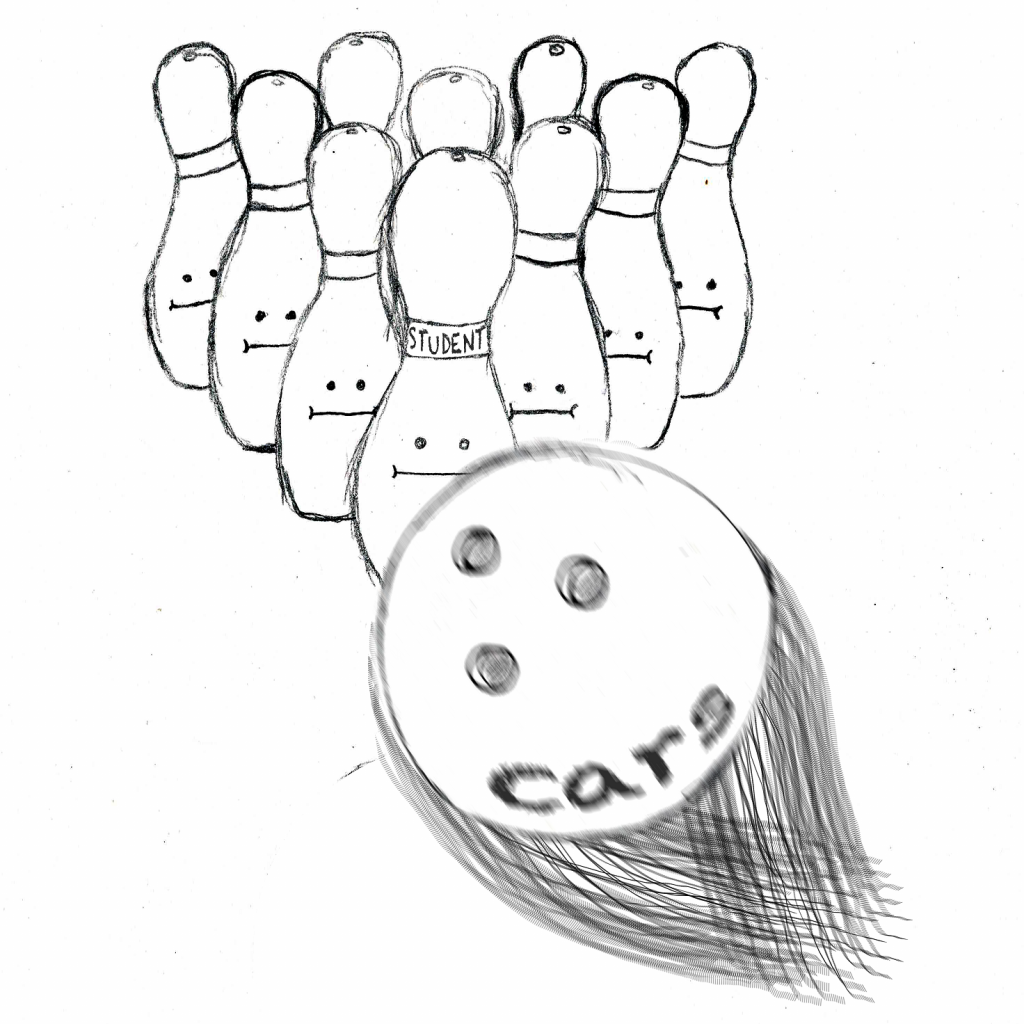 Just a few weeks ago, 32nd Street in between the Armory and the Firestone building opened back up. When it did, not only was there a newly paved street, there was a raised crosswalk and median smack in the center of it too. Before construction, that stretch of road was always blocked by food trucks and a crosswalk never existed. The new crosswalk will unify the exist portion of Lancaster Walk with the yet-to-be-constructed portion in front of the Firestone building. This is a great step for safety on campus for pedestrians — but it’s not enough.

According to the Philadelphia Police Departments in statistics provided to the Bicycle Coalition of Greater Philadelphia, 40 pedestrians were killed throughout the city in traffic accidents in 2017. Some of the most significant factors in these deaths were speeding and distracted driving. It’s no secret to Drexel students that an alarming number of drivers zip through campus either not paying attention, speeding way too fast, or toying with a dangerous combination of both.

Drexel’s campus today is largely home to faded road markings, unprotected bike lanes, and no mechanisms to slow down unruly drivers. Not only is the campus split in half by a major throughway, crossing it can all too often feel like a suicide mission. Powelton Village is even worse regarding road safety. Any students that lives in the neighborhood can say they’ve seen at least one dangerous road situation there before.

Way back in October 2016, we reported on Drexel student Jimmy Zhao’s petition to install a speed bump at the intersection of 33rd street and Lancaster Walk. Zhao came across this idea when he discovered the University of Pennsylvania has speed bumps around campus to deter speeding. Despite the initial traction it gained, with 287 supporters at its closing and interest from the Undergraduate Student Government Association, ultimately nothing happened. No other speed-detering mechanism has taken its place on that intersection.

Drexel’s public realm plan seems promising in terms of changing road designs, implementing several features that would improve pedestrian safety. But there’s no word on what the timeline of building them would be, nor is there even a potential start date.

Will a student have to get killed in a traffic accident before the administration makes radical changes in its approach to handling drivers? The unfortunate answer to that question is probably yes. Drexel must act now to ensure our campus streets are safe for students.