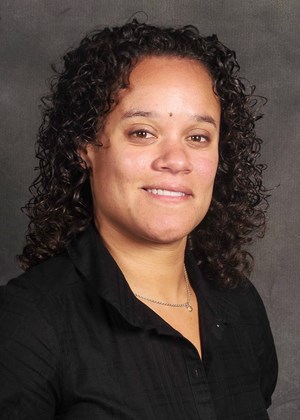 Drexel announced Maisha Kelly as the new Athletics Director on June 16. She is the first Black woman to be selected for this position in the university’s history.

After a 10-year tenure at Bucknell University working as the Senior Associate Athletics Director, Kelly decided to come back to her Philly roots. As a Saint Joseph’s undergrad alumna and a Temple graduate alumna, her connection to Philly has always been very deep. Before Bucknell, she worked as an academic advisor and life skills coordinator for the athletics department at Rutgers University and as an Academic Advisor for student-athletes at Vanderbilt University. She has played an important role as Bucknell’s deputy Title IX coordinator and the president’s diversity council. In addition, she organized Bucknell Athletic’s Diversity, Equity and Inclusion Council.

“Maisha is a proven, high-energy leader who no doubt has an ambitious vision for Drexel Athletics,” President John Fry said in a DrexelNow article. “She has a demonstrated ability to work with all campus constituencies and understands the vital importance of nurturing student-athlete leaders. We are honored to welcome her to the Drexel community.”

Kelly served as the Athletics Director of Championships for the NCAA for nearly three years. During her college years, she captained the track and field team. She has been in the world of sports for about 20 years. Her experience and her student-first attitude made Drexel think that she is the perfect choice for this position.

​​“I look forward to joining an organization genuinely committed to partnerships and excited to return home to a city that has impacted who I am as a person and a professional,” Kelly said. “Working with a team of talented administrators and coaches presents me with the opportunity to lead a comprehensive intercollegiate athletics department, where competitive success is a product of the overall student-athlete experience, and where excellence is pursued academically, athletically and personally.”

Multiple people gave guidance during the national search for a new Athletics Director. According to DrexelNow, the pool of finalists included candidates from conferences such as Big East, Big Ten, SEC and Big 12. As the new Athletics Director, Kelly will oversee 18 varsity teams. Her job starts after a successful period in Drexel sports — the men’s and the women’s basketball teams, as well as the men’s lacrosse team, won the College Athletic Association championships, the women’s lacrosse team won their first NCAA at-large bid and Drexel Rowing won the overall points at the Dad Vail Regatta.