La Llorona is an ambitious addition to Shudder’s library 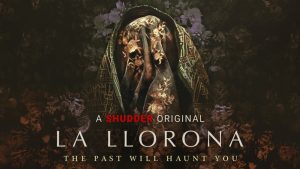 Writer-director Jayro Bustamante has quietly become one of the most interesting and adventurous filmmakers today. He’s carved out a niche for himself, telling stories about the marginalized within his home country of Guatemala: “Ixcanul” — his debut — told the story of an indigenous girl awaiting an arranged marriage; his extraordinary (and criminally underseen) follow up “Tremors” followed the trials of an evangelical gay man torn between himself and his family, one of the best of 2019 in a year overflowing with greatness.

His third feature — making the festival rounds the same year as “Tremors” — at first glance appears to be an abrupt shift in MO, given that it’s a horror film centering around the Latin American ghost story of “La Llorona” (especially considering the last film on the subject). It doesn’t take long to dissuade any fears; though it’s slower than your usual horror film, Bustamante’s eerie, deeply political film is a unique picture, deftly showing what horror can be.

From the very start, Bustamante’s gifts for composition are on display, as he zooms out from a woman fervently chanting a prayer. She is Carmen, the wife of retired general Enrique Monteverde, due to stand trial soon for crimes related to an ethnic cleansing that took place under him. There’s a lightly amusing moment where he stands perfectly fine, discussing tactics with his people, and in the next shot he’s in the courtroom, hooked up to an IV and looking as frail as possible. It brings to mind that infamous picture of Harvey Weinstein using a walker in his own court sessions. The two aren’t facing this alone: there’s also his daughter Natalia and her own daughter Sara. If she doesn’t exactly push back, Natalia isn’t quite sure her father is innocent of the crimes against him, even if they insist he is. It isn’t long before Monteverde is convicted, and even shorter before that’s overturned by an appeals court, sparking mass protests outside their home. Making matters worse for them, all the staff quit shortly, spurred on by troubling behavior from the master, leaving only Valeriana, their longtime housekeeper. In her desperation, she hires a woman named Alma who appears suddenly, claiming to be from her village.

Those expecting a straight-forward haunting or revenge film will probably be disappointed. Much of “La Llorona” feels like a family drama, reminiscent of Bustamante’s last film (even featuring an appearance from lead Juan Pablo Olyslager as head of security). It’s never quite scary, though Bustamente gets in plenty of nightmarish images, like Alma’s hair floating in water around her face. What this film is interested in is Guatemala’s sordid history of indigenous genocide and the way the people involved still deny responsibility. In addition to these themes come the class and gender themes of his previous work, with varying degrees of subtlety. Granted, it can be a little impenetrable if you don’t know much about Guatemala’s history, and some of the greater political subtext could get lost. But one can’t ignore the ambition on display here, and Bustamante’s dedication to calling out his country’s past. It’s a horror film where the monster is the past, and the more you run from it, the angrier it gets.