5 new songs to check out 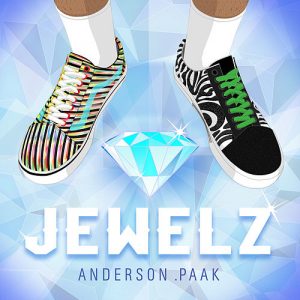 Mac DeMarco should be remembered as one of the best songwriters of the past decade. While his dreamy tones on guitar have become a trademark of his music, he consistently writes beautifully simple lyrics with sparse melodies. Without ever having charted a song on Billboard’s Hot 100 songs chart, he has become one of the most popular “indie” or “alternative” artists of this generation. Mac DeMarco makes music that both sounds cool and is different from Top 40 pop, similar to the appeal of artists like Tame Impala and alt-J.

On Oct. 9, Mac DeMarco released his second demo tape for his 2019 album “Here Comes The Cowboy.” Titled “Other Here Comes The Cowboy Demos,” the tracklist is nearly half instrumental. “Yap Man” is a short, lyric-less track based around spacey synth melodies. The drums are very live-sounding, and the bass rounds out the mix and grooves nicely with the percussion. The track only has two sections to its progression, but simplicity is one of Mac’s specialties. It’s a short intermission track, but it gives the feeling of walking into a new area that you’ve never visited in an open-world computer game. DeMarco doesn’t need lyrics here to prove his songwriting skills. He can still create a defined mood with just melodies and textures.

In a different lane than Mac Demarco, Anderson .Paak also deserves to be remembered as a legend of this generation. Along with his band, the Free Nationals, Paak has proven to be a rare talent who can pump out funky hits effortlessly, album after album. His newest loosie single “JEWELZ” was released on Oct. 6 after it was teased in February in a video with producer Timbaland. Fans were eager to hear this collaboration, and the track was properly released with an album cover showing off his newly- released, custom Vans shoes.

“JEWELZ” features Anderson .Paak’s pitched-up vocals throughout the whole track flexing on the entire party while also flattering his love interest. It’s a fairly simple track lyrically. The keys are played by T.Nava, who stands as the lead personality in the Free Nationals. His vocals also appear through a vocoder in the back of the track until his solo in the song’s bridge. Anderson .Paak himself delivers a tight drum groove to go with the danceable bass and sparing guitar stabs. Besides the high-pitched vocals, “JEWELZ” is not a new sound for Paak. He has delivered some of the best R&B/pop hits of the 2010s, like “Am I Wrong” or “Jet Black.” “JEWELZ” is just a few generational talents casually showing off, and they have every right to keep doing so.

Following the February release of her second album, “color theory,” Soccer Mommy dropped a double single on Oct. 8. This package contained two remixes of songs from her recent album, one being a version of her lead single “circle the drain.” I personally love this original track and firmly believe that it should’ve been the song of the summer for 2020, so my standards were held very high going into my first listen.

However I was pleased to see that Unknown Mortal Orchestra was the artist in charge of this remix, and I was eager to hear how his lo-fi style adapted to an already fantastic song. The chilled, acoustic band’s instrumental of the original track is completely switched out for a glitchy, upbeat sound. Short, marching band-style drums give a stiff groove that’s unsettling at first, but the computerized vocoder effects on Soccer Mommy’s vocals compliment the stuttering drums very well. The floating synths in the back of the mix complete the PC Music-esque production. It’s not groovy at all like some of UMO’s most popular tracks and it’s completely different from the original “circle the drain,” but the hyperpop elements make for an unexpected and interesting listen.

In general, artists remixing each other’s work opens huge opportunities for great music and extra publicity. Many artists have unique production styles that would be exciting to hear with the vocals of another singer. A remix by an artist could be just as gratifying as a feature for fans, and artists can have a chance to flex their skills. With artists like Tyler, the Creator and Calvin Harris exemplifying the benefits of remixing in the past, I fully support this trend and hope to see more ambitious artists take the challenge soon.

2020 has been Zack Villere’s year. In February, he released his sophomore album “Cardboard City,” which has stood as my favorite album of the year so far. His odd vocal delivery has always been charming to me, and his writing comes off casual without losing emotion. His new single ,“CAUSEWAY,” was released on Oct. 14, and it shares almost all of the same appeal as his album.  Compared to “Cardboard City,” the single strikes me a more accessible start for new listeners.

Zack’s vocal delivery is still low and amateur, but a bit less awkward. The vocal lines are smoother, and near the end a beautifully full harmony comes out. The lyrics talk about places Zack used to travel in his phases of life. He references a causeway he used to drive everyday to school, and a long walk home in Los Angeles. Even as he reflects on a doomed relationship for a moment in the second verse, the instrumental picks the mood right back up.

The production features bouncy electric drums and soft synth noise under perfectly layered acoustic guitars. As the song swells in the second half, more synths are brought in to complete the electronic crescendo. No one sells youthful optimism in music quite as well as Zack Villere. While his audibly imperfect vocals are definitely not for everyone, I feel that they fit perfectly with his stream-of-consciousness lyrics and warped instrumentals. His music is a whole that’s incomplete without its key characteristics. I suggest those who are unfamiliar give this song a try in particular, because it’s one of Zack Villere’s most appealing and flattering tracks that he has made to date.

When I went to see Clairo last year at the Union Transfer, I was introduced to the artist Beabadoobee when she performed as one of the opening acts. At first I was under the impression that this was a small group act, and I found myself searching for one of the songs I had heard from them, titled “Disappear.” While this song has become one of my favorite tracks of 2019, I give it credit for tuning me into Beabadoobee and making that concert one of the most influential shows I’ve attended.

Now in 2020 I have realized that Beatrice Laus, the voice and brains behind Beabadoobee, is dropping one of my most anticipated albums of October, titled “Fake It Flowers.” Aside from two pre-released singles, the new track “Dye It Red” has especially caught my attention. The lyrics talk about a trapping and possibly abusive relationship, and Bea uses the example of hair coloring to exploit the unreasonable limits set by the man. The song is an anthem for getting yourself out of a relationship that’s holding you back personally, and the chorus is full of cool guitar riffs to emphasize.

The entire album is Beabadoobee’s dive into 2000’s pop-rock, a move made obvious and achievable by the lead single “Care.” The drums on “Dye It Red” are clean and cymbal-heavy on the chorus, but calmly compliment the crunchy mix of acoustic and electric guitars on the verses. Bea’s youthful voice is sweet and soft, which makes the level-headed kiss-off even more painful. The flying guitar solo before the last chorus is wild, and the feedback drenched outro is an instrumental mic-drop. Even though I may enjoy “How Was Your Day?” or “Care” a bit more, “Dye It Red” confirmed my hopes that “Fake It Flowers” could live up to my hopes.