Smashable First Lady of the Week: Martha Washington | The Triangle 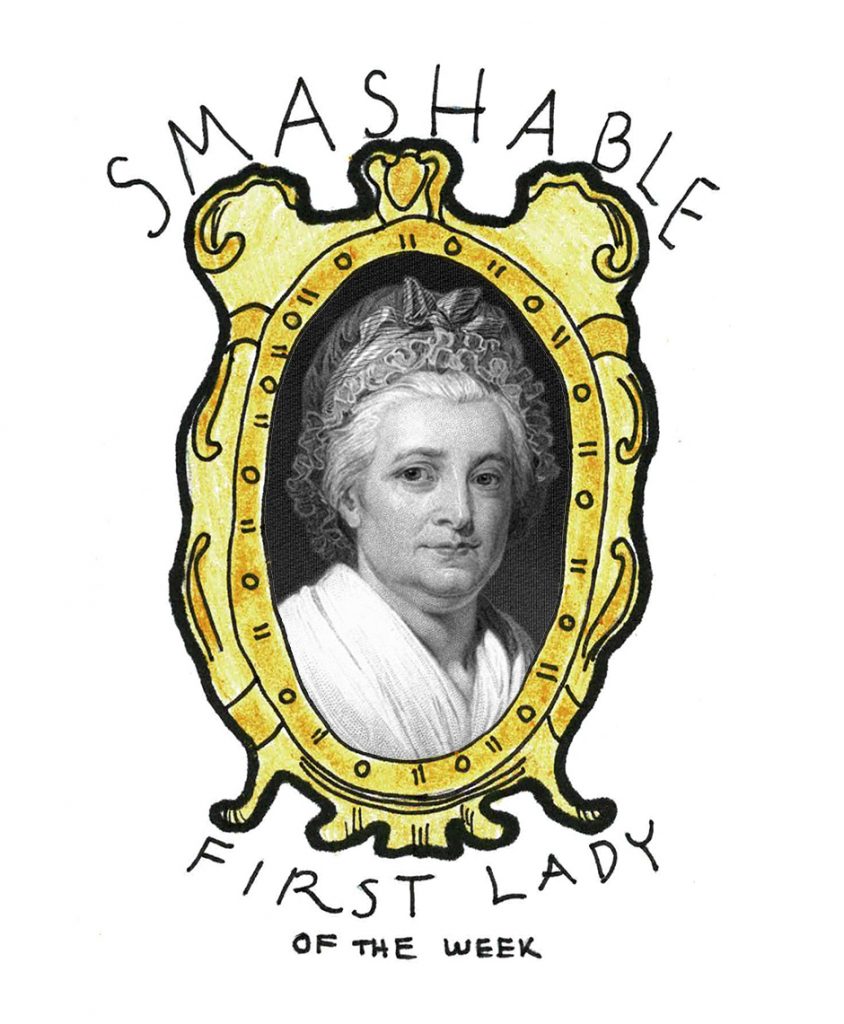 Miss Martha may have been George’s First Lady, but he was definitely not her first man, if you catch my drift. In fact, by the young age of 18, she was already married to some 38 year old guy named “Dan.” It was totally not weird though because they met at church, and who could object to that? Nevertheless, later on in her long life, Mrs. Washington enjoyed such pastimes as sitting in dim, candlelit rooms, outliving husbands, inheriting estates, raising her four children, outliving her four children, and looking really hot at funerals. She’s been resting peacefully at Mount Vernon since 1831 even though she died in 1802, for she was later exhumed and moved just a few feet over. Apparently, she still looked great, even then.