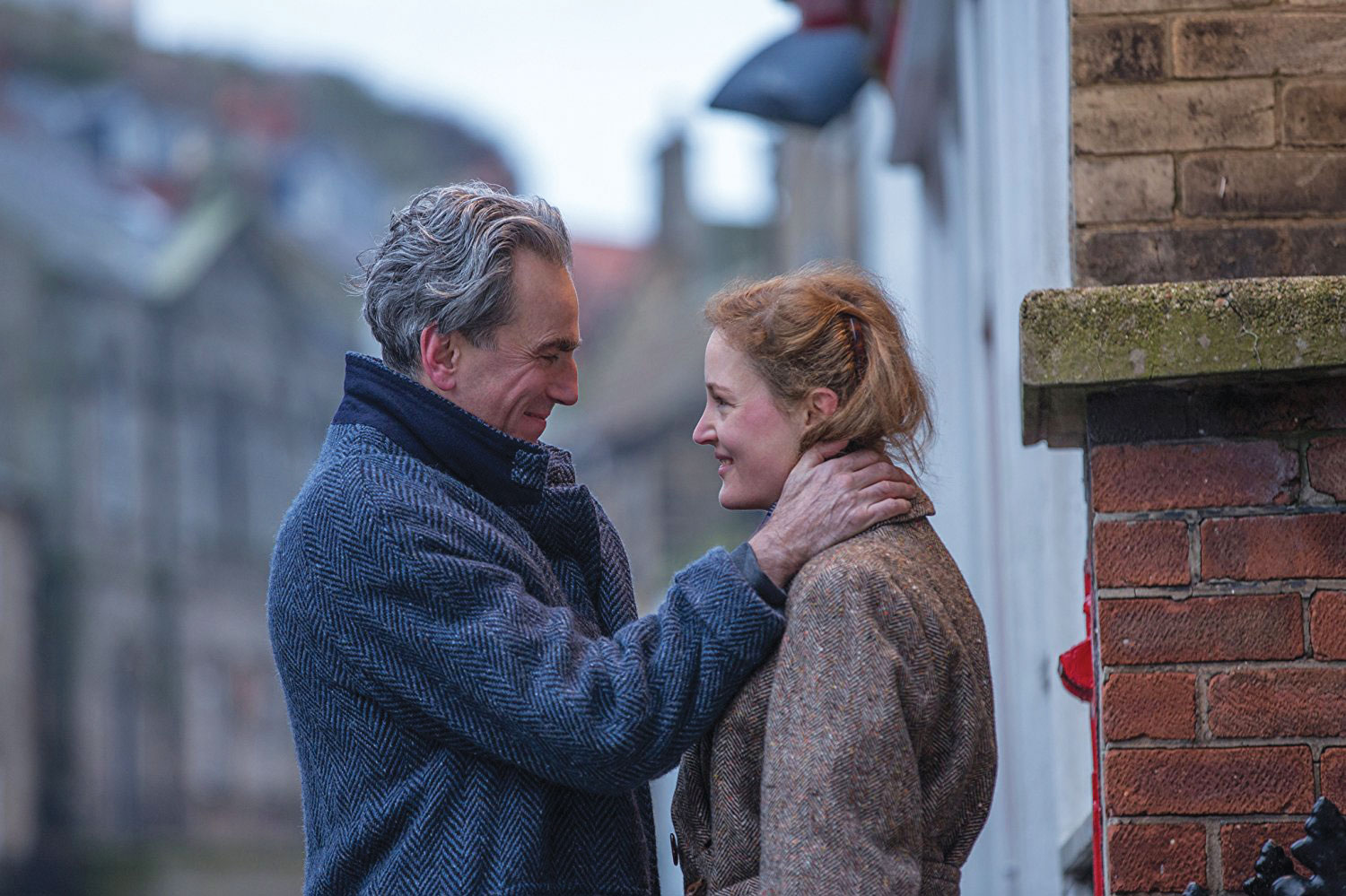 The term “phantom thread” refers to a phenomenon supposedly common at the turn of the century: seamstresses coming home from factories after working long hours would find themselves repeating the motions of sewing with no actual thread to work with. It’s a fitting, if enigmatic, title for Paul Thomas Anderson’s latest film, reuniting him with his “There Will Be Blood” star Daniel Day-Lewis for what is purported to be his final performance.

Lewis plays Reynolds Woodcock, the head of the London fashion house of Woodcock, sometime in the aftermath of World War II. He’s introduced in a typical morning in which he runs through a very rigid schedule, exerting as much control over everything in his household as he does on the dresses he creates. His sister Cyril (Leslie Manville) is responsible for the other day-to-day upkeep, part of which includes dismissing his lovers when he grows bored or tired of them.

In the aftermath of one such relationship, the two depart for the countryside, where Reynolds meets a waitress named Alma (newcomer Vicky Krieps), after she stumbles in the restaurant where he’s having breakfast. A flame (or something close to it) soon kindles. He takes her back to get her measurements and try his latest creation on her. She seems drawn to him. Soon they will be moving in together, perhaps against the wishes of Cyril.

As the plot goes on it becomes apparent that Alma is not so willing to sit aside and be a muse: she will do what she wants, how she wants to, eventually becoming something like a sparring partner to him.

“Phantom Thread” is described as a romance but it’s more accurate to describe it as a sort of power struggle told from the perspective of the woman of an artist. Alma and Reynolds’ relationship is one of vicious sniping, of side glances, of verbal spats. It becomes questionable whether he actually likes her at all or just wants a pretty figure to hang his dresses on. She seems to be determined to bend him to her will, or at the very least break through his perfectionism.

Krieps more than handles herself against Lewis, becoming the true breakout star of the film. In fact, it starts out with her describing Reynolds to some other, unknown person. Throughout it we are intimately drawn into her thoughts and feelings, her every frustration at doing nothing displayed across her face.

Lewis is giving what’s probably his least showy performance; where he normally blends so deeply into the role that he becomes it, here he seems to be drawing on his natural speaking voice and looks. That’s not to say that he’s slacking, far from it. It’s a fine performance with which to end a storied career, every detail of the notoriously perfectionist actor making its way to the similarly perfectionist character.

That can also describe director Anderson, often named as one of the best filmmakers working today. His screenplay is brimming with darkly comic moments, only enhanced by the actors reading them. It would be a stretch to call it a comedy, but it walks a delicate balance between beautiful romance and dark drama with some extremely funny moments. The direction is top-notch, with Anderson himself serving as cinematographer for the first time in his career.

While not as outwardly beautiful as the images in previous works like “The Master,” he shows a deft hand at working through the spaces of the two story house they reside in, filming some luscious outdoor shots. There’s not a shot here that doesn’t feel off or unintentional; everything is just as it should be.

Radiohead guitarist Jonny Greenwood provides the score, as he has done for every film of Anderson’s since “There Will Be Blood.” It’s not as outwardly experimental or atonal as some of those efforts, but it can be as disorienting as the rest of the film, switching from lush romantic strings to discord and strife as the film alternates between states.

Ultimately, “Phantom Thread” is a film that is difficult to classify: too vicious to be a romance, too funny to work as straight drama and too dark to really be a full comedy of manners. It’s the work of a true master working deftly in his field, and it’s a wonderful thing to experience. You won’t be able to forget this one easily.